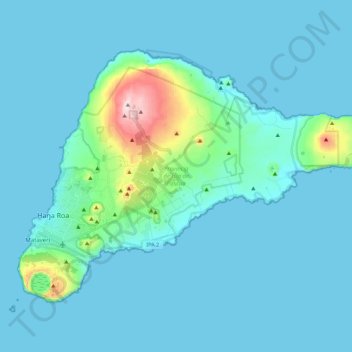 The current Polynesian name of the island, Rapa Nui ("Big Rapa"), was coined after the slave raids of the early 1860s, and refers to the island's topographic resemblance to the island of Rapa in the Bass Islands of the Austral Islands group. However, Norwegian ethnographer Thor Heyerdahl argued that Rapa was the original name of Easter Island and that Rapa Iti was named by refugees from there.